During the week of April 16, we traveled the states of Indiana and Kentucky with the state of the art 75 foot tractor trailer showcasing Generac’s Modular Power System (MPS), factory Bi-Fuel unit, and other Industrial Generator offerings. We had more than one-hundred and twenty-five individuals come aboard the truck during the week for a demo, made up of a wide array of engineers, contractors, and end users. We made more than sixteen stops, and saw more than twenty-one individual companies during the week.

During the stops we had a couple of lunch and learns with engineering firms and even a good ole cookout with hamburgers, hotdogs, and all the fix ‘ins at a contractor’s office. The week was highlighted in the end by participating in the 83rd Annual Notre Dame Spring Football Game as part of the Fan Fest before the game in South Bend, Indiana.

Below are a few pictures of the week with the truck: 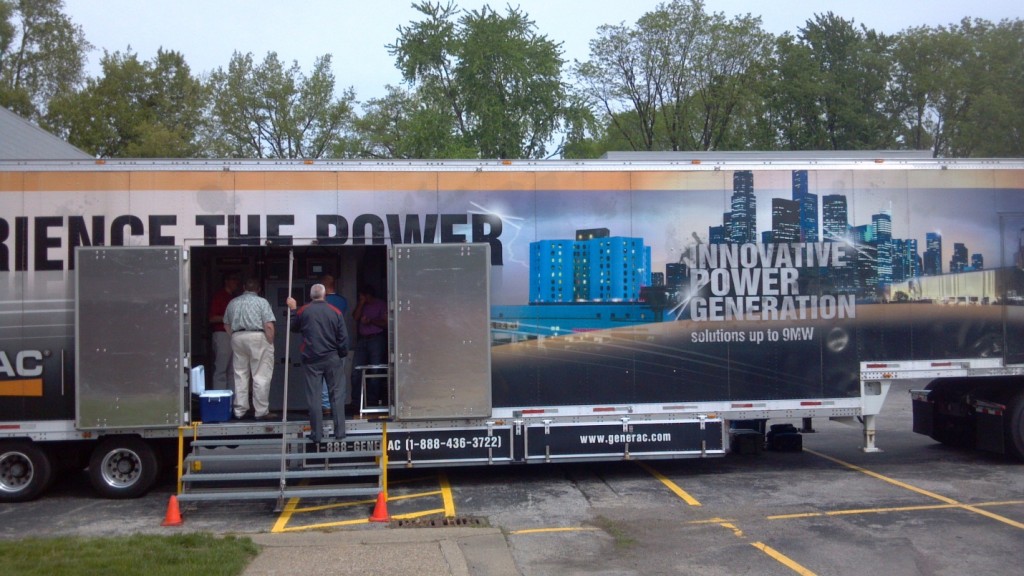 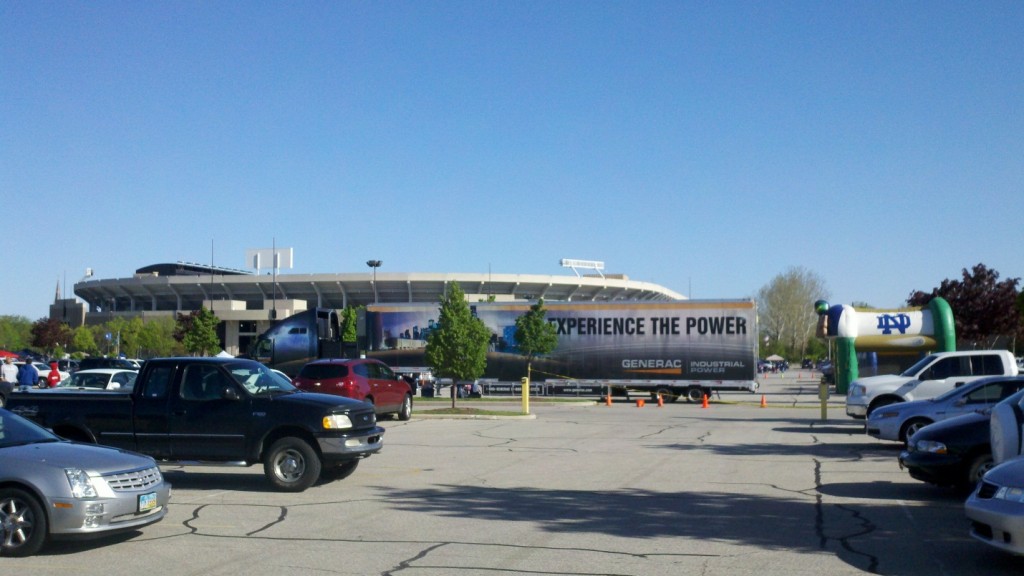 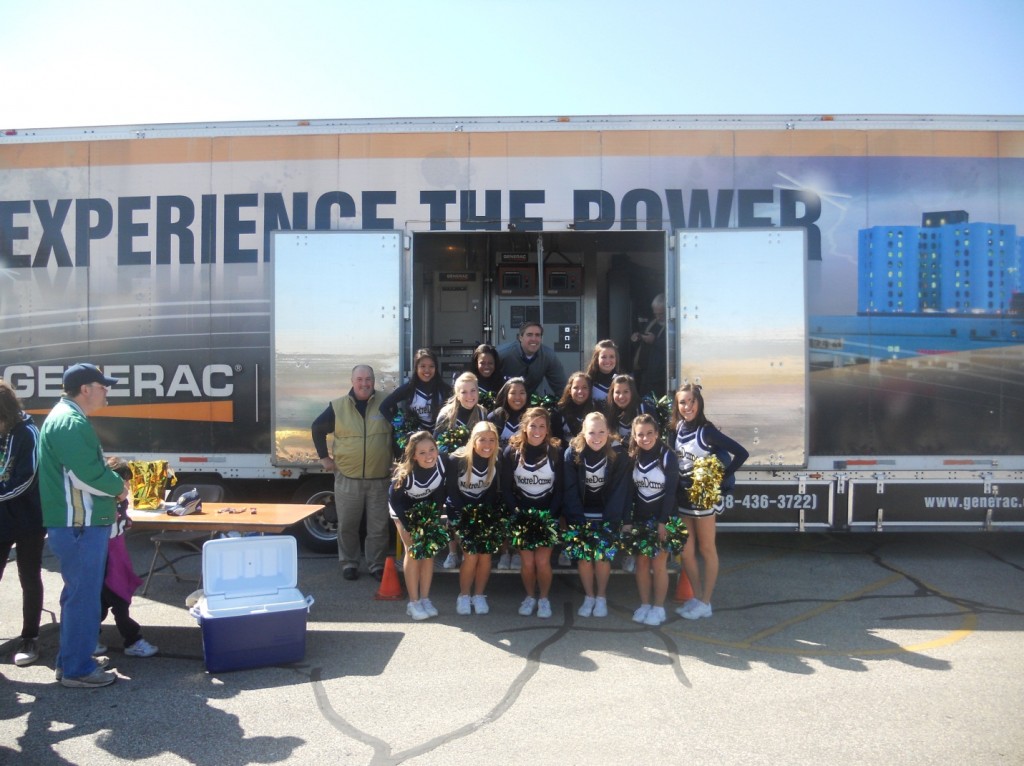 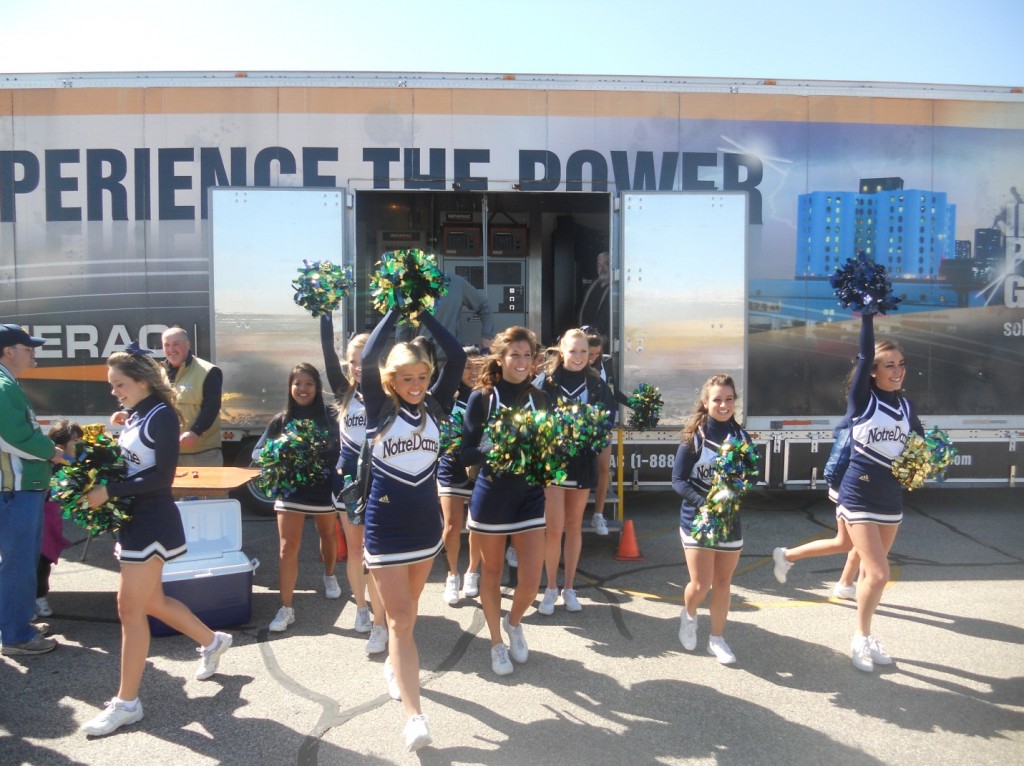