Evapar conducted its yearly Power System Sales Meeting in Indianapolis. At the meetings two individuals were recognized with awards for their efforts in 2015: 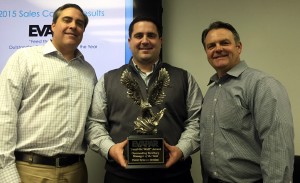 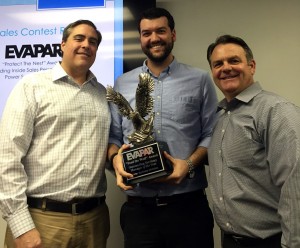 The award winners were chosen thru a set criteria of points in multiple categories designed to recognize the best overall performers in all aspects of the Power Generation business in a territory. Steve Maser, Power Systems Manager, and Keith Findley, Power Solutions Manager presented the awards to the winners. EVAPAR is thankful to the entire Power Systems team for their successful efforts in 2015 and is very pleased to congratulate Brandon and Colin on their achievements.